The Pokemon Series' History of Mini-Games

***
gplus
Digg
Gshare
Reddit
facebook
twitter
Pin It
The Pokémon series is famous for its open-world, RPG gameplay. The core gameplay features are exploring its diverse world, battle, capturing and collecting a range of brilliantly designed Pokemon. You can then train them, teach them special moves and take on other Pokémon trainers. It is this premise that has helped the Pokémon series to sell more than 300 million copies around the world.

But the Pokémon games don't just excel at this sort of gameplay and over the years, developer Game Freak has snuck various mini-games into main series entries.

The Poke Transfer mini-game would allow players to send up to six Pokémon from a Gen IV game to a Gen V game, but it wasn't a straightforward affair. Instead, players had to shoot a bow and arrow that fires special Poke Balls in order to catch these Pokémon as they run and hide behind bushes. Poke Transfer also features a time limit and any Pokémon that you don't manage to capture during that time are sent back to the Gen IV game. Thankfully though, there are no limits on how many times you can use Poke Transfer in a day, so it was possible to get them all with some patience.

Slot Machines
The Pokémon series is also famous for the slot machine mini-games that featured in Generation I, II, III, and IV. The Celadon Game Corner is a location found in the southeastern part of Celadon City in the Kanto region and features several different types of games, including slot machines that allow players to bag some extra in-game coins.

The slots feature symbols such as the number seven and a Team Rocket logo and Pokémon such as Pikachu, Staryu, and Voltorb all being matched up. The bright symbols on the slots are not unlike the symbols featured in online slot games at William Hill, with slot games such as Mega Moolah, Jungle Books, and Raging Rhino offering bold designs of similarly lovable creatures. In the Pokémon series, however, the winnings can only be spent on in-game items. 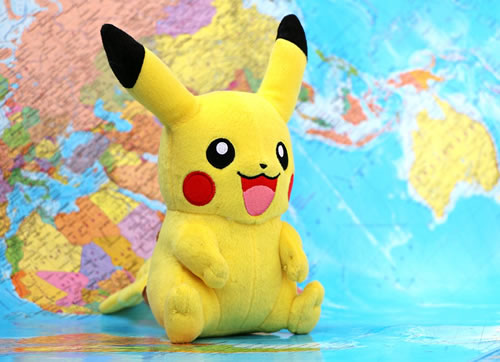 Surfing Pikachu is an iconic design of the world-famous character and it all started with the Pikachu's Beach mini-game which was exclusive to Pikachu Yellow. In this game, Pikachu hit the water all with the aim of scoring as many points as possible.

Although Pikachu's electric volts are the character's best-known move, in Pikachu's Beach, the adorable yellow character is able to pull off flips in order to rack up points. The game ends once Pikachu reaches the shore and the game will look at Pikachu's remaining level of HP (the HP bar serves as a timer) as well as the level of "radness" in order to figure up the score.

The next game in the Pokémon series is set to be released on the Nintendo Switch, a home console with a lot of potential. How will Game Freak use the console's features to create even bigger and more ambitious mini-games for the Pokémon franchise?