Roaming Pokemon Guide: How to find and catch them
Login 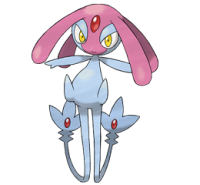 frustration. Catching Roaming Pokemon is a notoriously aggravating task, considering that they usually have microscopic catch rates and a tendency to either Run or Roar you away. However, this guide is here to help you catch them.

What exactly are you facing? Figure out this Pokemon's identity, and find out about it's stats and what it knows. If it's fast, find something that's faster. Become an expert on this Pokemon before you begin the chase.

Take a look at your team of Pokemon. Who's really fast? Who learns a statusing move, like Thunder Wave or Hypnosis (preferably these two. You don't want to status them with Burns or Poison (especially not Toxic poisoning)) Whichever it is, put them first in your team. This Pokemon will be responsible for dealing a status onto the roamer, thus making it 'somewhat' easier to catch.

Another strategy for capturing roamers is entrapping them. There are two abilities that do this for you: Arena Trap and Shadow Tag. Few Pokemon have these abilities (Diglett, Dugtrio and Trapinch may have Arena Trap and Wobboffet, Wynaut have Shadow Tag, though Gothita and Litwick's families get it through Dream World), but they come in handy incredibly with roamers, due to their usual high speed. Magnet Pull also works like this, but there aren't any Steel-type roamers at the moment.

Trapping them helps, but they're still a legendary Pokemon, are very strong/defensive. They will fight back and you must be prepared to fight them. If you switch out of a Pokemon with Arena Trap/Shadow Tag, they'll run and you'll be back to square one. Be wary of this.

Another means of entrapping Pokemon is through Mean Look, Spider Web and Block. A lot of Pokemon learn these three moves. Let's look at the individual perks of each.

Mean Look is the most common of the three. Pokemon like Gengar, Crobat and Mismagius are excellent Mean Lookers because of their speed, Crobat being the fastest.

Spider Web is the rarest of the three. Only Spinarak, Ariados, Joltik and Galvantula learn this move. However, Galvantula's Electric-typing gives it Thunder Wave. Thunder Wave + Spider Web = Great for Roamers.

Block is the newest of the trio. Recently added a Move Tutor move in HGSS, Block is available to a wide variety of Pokemon now. However, Block best user (in this context) is Froslass. Most of Block users are too slow to catch a roamer and renders the move practically useless.

After you've done your homework, it's time to begin the search. Finding roamers is no easy game. Their appearance is random, and if you're lucky they may skulk around the same route as you. Every time you enter a building or fly, their location is randomized.

The game usually provides you with something that tracks the Pokemon. In Generation III, your PokeDex acted as a tracking device, and alerted you where the roamer was. In Generation IV, your Poketch did this for you. Use this to your advantage.

In Black and White, a severe storm follows the roamer, making it easy to find them thanks to gatehouse tickers. But if you fly to that area, they will not be there.

One method of beating this is the house method. Go to a route, any route, and enter a house. Once inside leave. Check your PokeDex and see where the Pokemon is. If it's at your route, look in the grass. If it's not, go back into the house and repeat. You could do this a million times, if you like but it gets tedious after a while.

Another method is to just go on your merry way. Don't worry about the roamer and sometimes, they just happen to appear in front of you. :D (This is highly unlikely, but still happens.)

When you're on a route with the wild Pokemon, you usually will not run into any other wild Pokemon besides that one. The game even changes music (mostly. Cresselia, Latios and Latias appear with normal music) upon encountering it. However, sometimes wild Pokemon do appear and for that reason, you should always have repel handy. (Black and White isn't as sensitive as some of the other games. When Thundurus appeared for me, a wild Pokemon appeared. After I ran, Thundurus was still there)

After the mini heartache you've had subsides, you must battle the roamer. Most likely, it'll run before you can make a move, but if your Pokemon are fast enough to make a move before-hand, you're in the luck. Even if you inflict some damage, the roamer will still flee. Moves like False Swipe are perfect for this, and bring the roamer down to the lowest possible hit point. Super Fang is also very helpful.

There's nothing more frustrating than spending all this time chasing a Pokemon and causing it to faint by accident. This has happened to alot of us before, and this is why it is necessary to constantly save your game. SAVE. SAVE. SAVE. SAVE. SAVE. and save again. All that progress will be lost!

Anyways, after you've damaged it a bit, and inflicted a status, it's time to catch it. For special Pokemon (like Latios/Latias), I recommend a Master Ball. However, in DPPt, since there are 2 (5) roamers to catch, I recommend you save your Master Ball for the one that troubles you most. Ultra Balls shall suffice.

Congratulations! You're now the owner of a brand new Pokemon!