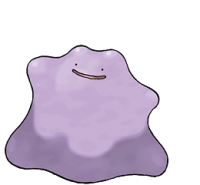 Breeding is a feature added in Generation II that requires you to have a female and male Pokemon (or either gender and a Ditto), and put them in a daycare made for two Pokemon. If your Pokemon are in the same egg group and are of the opposite gender (or if one parent is a Ditto and the other is not Undiscovered), they would eventually make an egg.

An egg obtained by breeding hatches into the species of the mother Pokemon and inherits any egg moves from the father before Gen VI. In addition to egg moves and species though, many other factors play into the offspring you receive from breeding.

These include:
IVs have been around since Gen I, but in I and II, they only went up to 15, rather than 31. IVs used to determine everything in the first two generations, but have since become independent from these. The breeding mechanic for these have changed a lot.

Natures were introduced in Gen III, and enhanced one stat and decreased another, or did absolutely nothing. Up to Platinum, you could give a female Pokemon an Everstone, and the eggs would have a 50% chance of inheriting the mother's nature. In HGSS, this was changed so that you could do the same with the father. BW2 has changed to ensure Everstone always passes on the nature.

Shinies. Despite shininess being a purely aesthetic trait, shiny Pokemon are rare and thus many people try to breed for them. Originally shininess was determined by IVs, so certain spreads were impossible to obtain. Nowadays they're determined by a newer mechanic, called a PID. Since the dawn of breeding, there have been methods to increase the chances of getting a shiny in every generation except III.

Hidden Abilities, better known as Dream World Abilities, were introduced in Black and White, and are extra abilities available from Dream World versions of Pokemon that usually could not previously be obtained in older generations.

There are specific items, most notably Pikachu's Light Ball. A Light Ball is the only way to breed Volt Tackle onto a baby Pichu. Otherwise, there are Incenses, which are only needed if you're looking for an egg move specific to the baby Pokemon that the evolved form lacks.

XY introduced a mechanic, in which the mother Pokemon passes its type of Poke Ball to the child, instead of the standard Poke Ball. Unfortunately, Cherish Balls and Master Balls cannot be passed. 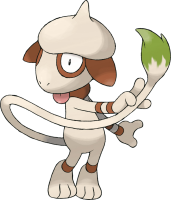 To be brief with egg moves, just because it has two good looking egg moves doesn't mean you can get both. Pokemon have specific fathers for each move. Chain breeding is also needed for some moves, as well as certain combinations.

Egg move combinations require extensive research, except, of course, if a Pokemon is in the Field egg group. Why does this matter? Smeargle's in this group. Smeargle learns literally every move except Chatter. So, it can pass down any combination of egg moves to anything in this group.

XY introduced some new mechanics for egg moves. First, now females can pass down egg moves (meaning all previously 'illegal' combinations due to differing fathers are now legal). Second, egg moves can be retaught for Heart Scales; they're treated like base moves. Finally, all egg moves a Pokemon has when entered in the daycare will be passed, even if it forgets the moves while in the daycare. Once you take it out, you'll have to reteach it the move to continue passing it.

IVs are inherited from the parents in a specific manner. Quoted from Bulbapedia:

"In Pokémon Ruby, Sapphire, FireRed and LeafGreen, exactly three of the baby's IVs are inherited from either parent (which is to say that one parent can contribute a number of IVs that ranges from 0 to 3, and its mate will contribute the remaining number of IVs from other stats). The other three are determined at random, in such a way that it is possible that more of the offspring's IVs will coincide with those of its parents."


That's a lot of words, right? Yeah, I don't quite get it. I just know the child can inherit up to three IVs from both parents currently. In HGSS, however, there's a new mechanic. Using the Power items, you can pass on a specific IV. However, this makes the other two inherited IVs random from either parent.

Black and White hasn't changed the IV breeding system at all from HGSS.

The Power items work with the exact stat they raise in EV training:

Again, with the advent of XY, IVs have become easier to pass. With the Friend Safari Pokemon being guaranteed to have two or more IVs of 31, there is also the Destiny Knot. If a parent holds Destiny Knot, the child will be guaranteed to inherit 5 IVs total from either parent.

Natures are very useful in that they give a 10% boost to one stat. The downside is that they lower another stat by 10%. However, given that many Pokemon have one or two stats useless to them, it's not hard to decide what nature to get. 10% doesn't sound big, does it? Think about it, though. A Pokemon with 300 in one stat with a neutral nature will get 30 extra points with a positive nature. Added with EVs, that's a huge difference. Unfortunately, HP does not get any natures, but the rest of the stats do, at least.

Natures are easier to breed utilizing the Everstone. It will make the holder have a 50% chance of passing on their nature to the egg. This is especially useful when one parent has the nature you want while the other has the ability or IV that you want. However, in DPPt and earlier, the Everstone did not work for Males. As of BW2, Everstone will always pass on the nature.

Shinies are sought after by many people. Many ways to obtain them easier have arisen in each generation, except III.

This was removed from Gen III, where your chance of breeding one was just as good as finding one: 1/8192.

In Gen IV, Junichi Masuda added a special coding to DP and later, which led to what we know as the Masuda method. If you bred two Pokemon with different countries of origin, your chances of breeding a shiny were quadrupled to 1/2048. Still a small chance, but hell of a lot easier. This rivaled chaining wild Pokemon in Gen IV, as it was consistent.

However, this prevented you from breeding natures easier, until HGSS, when they fixed it to allow you to breed natures using the Everstone with foreign Pokemon. Also, in Black and White, the chances of breeding shinies using the Masuda method have been increased further, to 1/1366.
Black 2 and White 2 step it up even further, with the Shining Charm increasing the Masuda method's chance to 1/1024. 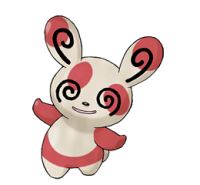 As most will refer to them, Dream World Abilities are a new concept of Gen V. Many Pokemon now have three abilities (Basculin even has four!) instead of their original two. Hidden Abilities usually follow some sort of logic on the Pokemon's actual abilities (some are just for fun by Troll Freak, though). Hidden Abilities are possible to breed, as long as the mother has the ability. This makes the egg have a 60% chance of hatching with the ability. However, you cannot use Ditto in the breeding. This is to prevent Imposter Ditto from being able to pass on Hidden Abilities.

Hidden Abilities are incompatible with previous gen tutor moves, past gen TMs, etc., unless it obtains it from Dream World. Even better, some Pokemon receive moves from Dream World that they can't get otherwise (Spinda obtains Superpower+Contrary this way; it cannot gain Superpower from tutors).

In XY, Males are now able to pass their Hidden Ability given they are breeding with a Ditto (possibly genderless with Ditto as well).