Making Pokedollars in the Advance Generation

***
gplus
Digg
Gshare
Reddit
facebook
twitter
Pin It
Need some extra pocket cash in your FireRed game to buy an Ice Beam TM for your Blastoise? Or maybe you just want to get tons of Proteins for easy EV management?

Well, you've come to the right page then! There are many good ways to earn Pokedollars though some are faster than others. This guide covers Pokemon FireRed/LeafGreen and Ruby/Sapphire/Emerald. Pokédollar Banknote header image is by JeffyJeffP on Deviantart. 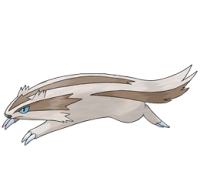 It's useful always keep a Pokemon with the Pick Up in your party such as Linoone or Phanpy whenever possible. I personally prefer to keep a Linoone or Zigzagoon around since they can also learn the HM moves Surf, Rock Smash, Strength, and Cut. Also, these two Pokemon can learn the move Covet which can be useful at various times. Pick Up is a slow method of earning Pokedollars, but the items from Pick Up stack and add up over time.

You can get the occasional PP UP from Pick Up, and if you are playing Emerald, you can even get the elusive Earthquake TM from a lv 91+ Pick Up Pokemon. And, for just the sake of money, nuggets, which are worth 5,000 pokedollars as many of us probably know, can be obtained rather commonly from Pick-up. I have stockpiled over 50 nuggets many times before in Emerald with the help of my two lv 100 Linoones and single lv 96 Linoone. Rare Candies can also sell for good 2,400 pokedollars if you are willing to sell them, but they are good to stockpile.

Now, while Pick Up is great, it's a slow way to earn money, especially if you need money in an instant. Nothing really beats battling for a quick and dirty get-rich method, but you've gotta pick the right trainers. After all, some trainers give ALOT more money than others. Well, you could always defeat Elite Four over and over like I used to do in Crystal, but that gets extremely boring after the 500th Elite Four defeat or so.

In Ruby, Sapphire, and Emerald, I just go around clearing my Trainer's Eyes opponents while I go through my daily berry gardening paths which extend throughout the whole of the Hoenn region. This is slightly more entertaining than Elite Four. But in particular, I've found the trainers Rich Boy Winston(south of Petalburg City Route 104 in Emerald and west of Oldale Route 104 in Ruby/Sapphire) and Lady Cindy(south of Petalburg Route 104 in Ruby/Sapphire and west of Oldale Route 104 in Emerald) to be the best sources of money. They both give 14,000 pokedollars per a battle with Amulet Coin at their final stage of difficulty AND their Linoones hold Nuggets. To get the Nuggets from their Linoones, I switch to a "stealing" Pokemon, typically one of the Pick Up Linoones, and use Covet/Thief.Remember to not put a stealing Pokemon first though; a Pokemon cannot hold Amulet Coin and steal at the same time.

It's a bit faster to earn money in FireRed and LeafGreen. If you have access to Five Island, that's where you'll want to be. You can use a Surf Pokemon to go north from the western side of Five Island. After you reach the top where there are rocks blocking further access northwards, go east until you reach an isle that should be called "Resort Gorgeous". This isle should have five trainers on it: two Ladies, two Painters, and a Youngster running across the top side. If you have not done so already, defeat each of these trainers. You will see that both the Ladies give a large sum of money, the Youngster gives a limited stash, and the Painters give a moderate payout.

Once you've battled all these trainers, ride your bike around the island and use Vs Seeker on a screen where all the trainers are present. If you're planning on making hundreds of thousands of pokedollars, it helps to put Vs Seeker on select also. Each time you use the Vs Seeker, battle everyone who wants to battle or just battle the Ladies if you'd prefer to focus on getting money rather than xp. Note that the Ladies' last Pokemon, Flaaffy and Skiploom, will both hold Stardust that you can steal. As a whole, this process of rebattling the Resort Gorgeous trainers earns about 200,000 pokedollars an hour.

Well, I hoped this guide helps you save for whatever you wanted to save for(or helps you earn a stash of money if you aren't saving for anything).