The main metagames descend as follows (according to Smogon): 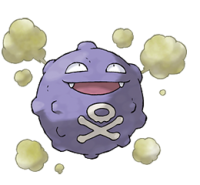 Alternatively, there are also VGCs, which are divided by year (each year has a new set of rules and new Pokemon or moves, generally).

Ubers serves as a banlist for OU - Pokemon that are too powerful to be used competitively or make the competitive metagame of OU stale. Pokemon that exist in Ubers cannot be used in OU. Pokemon in Ubers generally include powerful legendaries such as Mewtwo, Rayquaza, Kyogre, and Groudon, just to name a few. Other Pokemon such as Garchomp, Thundurus, and Excadrill have all found their way into Ubers after massive amounts of playtesting and voting finally determined that they made OU centralized around them, stale, or were just too damn powerful. It should be noted that the banning of these Pokemon are controversial in many Pokemon communities, and many communities do not choose to follow them.

OU is considered the most competitive tier in the competitive Pokemon community due to the large amount of people that play it. Pokemon in OU have to have approximately 3.4% usage to stay OU. Tiers are updated by Smogon every three months, and anything below that cut-off rate is dropped into UU. OU does not determine whether a Pokemon is NU or RU. It only directly affects the viability of certain UU Pokemon. UU usage does not affect OU Pokemon. Pokemon in OU are generally considered superior to Pokemon in lower tiers because people tend to use them more, generally due to reasons such as the fact that they often outclass other Pokemon in lower tiers that perform a similar role. For example, Jellicent is generally considered more often as a SpinBlocker than Dusclops is. While Dusclops has much more formadible bulk on both sides of the spectrum, Jellicent has a solid recovery move as well as access to a modestly speedy Taunt to shut down opposing Stall Pokemon. While Dusclops outshines Jellicent in certain fields, Jellicent has greater overall appeal. However, all Pokemon can be OU if they are used enough. For example, Gastrodon and Dugtrio both jumped all the way from NU to OU in a single tier change, the reasons being that Gastrodon was one of the best counters to rain while Dugtrio could easily eliminate many weather starters. To quote Hyouki, "OU is a constantly changing metagame, so there is no true way to define it."

This tier is directly affected by usage in OU. Pokemon below the 4.3% cut-off rate are dropped into UU when tiers are updated again every three months. Pokemon in UU are generally deemed outclassed by certain Pokemon in OU, such as the Dusclops vs Jellicent example posted earlier. However, this by all means does not mean that UU Pokemon are bad and cannot succeed when used in OU. The UU metagame bears some resemblance to 4th gen OU, after the introduction of many new Pokemon, moves, items, and abilities have drawn the spotlight away from the once OU Pokemon of 4th gen.

RU and NU are directly affected by UU. Pokemon with a usage below a certain percentage point in UU are tossed into either RU or NU. RU and NU have a lot more diversity in teams and Pokemon by comparison to OU, despite OU having access to more Pokemon. The sheer number of Pokemon that are viable in these tiers makes it more fun and diverse as opposed to competitive.

Basically, if it's not fully evolved, you can use it. No one really plays this metagame, though.

Little Cup is a very popular metagame for many reasons. For Wi-Fi players, it's much tougher to get the correct movesets, and it pays off more. The EV system is also thrown off course when it comes to Little Cup. The main difference with Little Cup and other metagames is that it is more offensively oriented than any other. You're not going to find many Pokemon in Little Cup that can stall. Not only that, but in Little Cup, boosts are much deadlier. A Drilbur in Sandstorm at +2 will tear teams apart, or even a Scraggy at +1. Few Pokemon work with bulk besides Bronzor. It's difficult to adjust from OU to Little Cup because the pre-evolutions of many OU Pokemon probably don't do well in Little Cup with the same job as their evolutions. The diversity tends to be greater here, however, as many Pokemon do well in Little Cup, so it allows for diversity similar to RU or NU.

Dream World is the same thing as all the other tiers, with the exception that unreleased Pokemon and Dream World abilities are allowed. All previously banned Pokemon that were not originally Uber are also allowed in this tier, meaning Garchomp, Excadrill, and Thundurus are allowed. However, Blaziken was later tested and deemed broken, so it's back to Ubers. Due to the presence of powerful offensive Pokemon, among which include Genesect and DW Breloom, DW OU is very different from WiFi OU. Games are much more fast-paced, and stall is rare in DW OU. In addition, powerful threats like DW Chandelure haunt the tier, threatening a number of Pokemon, namely Skarmory, to run Shed Shell. Another major difference between DW OU and WiFi OU is the lack of Team Preview in DW OU at the moment of writing.

The VGC is a worldwide tournament held every year. The rules are always Doubles with Item Clause activated, and you can bring a team of 6 Pokemon but can use only 4 in each battle. The rule changes are usually the banlist (such as 2010's set allowing two Pokemon from a specific "Restricted" list). The only Pokemon that are banned every year are Pokemon species available by events only. Pokemon with special event moves such as Eruption Heatran or Wish Blissey are not banned.

What really sets VGC apart from standard competitive play is that the metagame is almost flipped from OU. Many viable strategies in VGC would hardly ever happen in standard singles, and a playstyle like Stall will usually do terribly in VGC. The most prominent strategies of VGC are Trick Room and Tailwind. There are occasionally teams called "Goodstuffs" that function without either, and these are very difficult to make for most people.