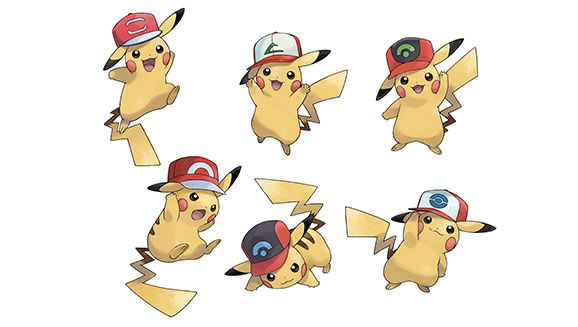 ***
gplus
Digg
Gshare
Reddit
facebook
twitter
Pin It
The latest gift for Pokemon Sun and Moon players is a special edition Pikachu wearing one of Ash's hats from the series. There are six different versions available from the original Hat right the way through to the one Ash wears in Pokemon Sun and Moon's anime. Gotta Catch em all? Nope, you get to choose ONE, so choose carefully.

Not only will each Pikachu sport a different hat, but they will also come equipped with a unique set of moves that reflect those that Pikachu would often use in the region that corresponds with the hat it wears.

Check out the dates below to see which hats are available and when:- 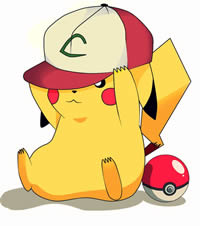 The code to get it is PIKACHU20. Head over to your Mystery Gift / Enter Password screen to enter it. Be careful when you use it to make sure you get the right Chu for you.

This is the info for the Kanto Pikachu which is currently available:-
This distribution provides Original Cap Pikachu, which has Ash's hat from the Kanto and Johto series of the anime. This Pikachu also comes with the special Pikashunium Z Z-Crystal which turns the move Thunderbolt into the Z-Move 10,000,000 Volt Thunderbolt